Between you and me, I think the tomatoes put him up to it. They look a little too smug in their bowl, and if any of you have seen Attack of the Killer Tomatoes... Well, it's not so far-fetched...

Posted with Blogsy
Posted by deirdre at 8:55 AM 3 comments: 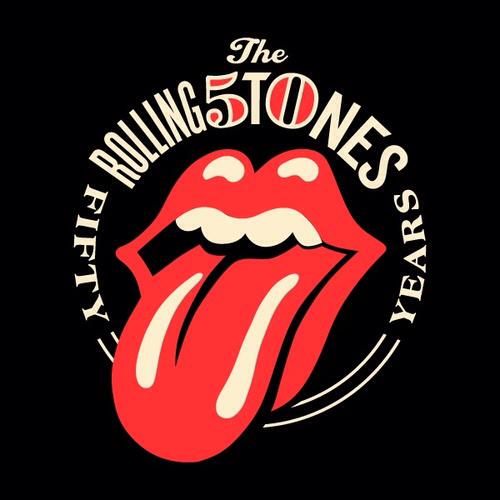 I was lucky enough to see the Rolling Stones in Toronto last Saturday night, and while I was completely blown away by the show, I also learned a lot...

1. As my sons pointed out, seeing the Stones is on par with seeing the Beatles, except that there are more Stones still alive and they are still together, for all intents and purposes. Pure history.

2. Mick Jagger at 69 (70 in July) has more energy and enthusiasm than anyone I've ever seen, regardless of age. He moved and grooved for a solid two hours with only a couple of brief breaks. 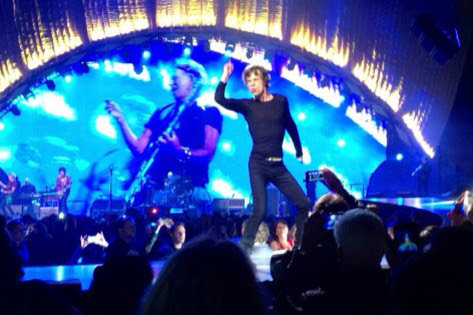 3. Every Jagger dance move that has been recorded or parodied was there, live on stage, and it was SO much more exciting to watch in person! I never understood the attraction to Mick, until I saw him dance. I get it now. 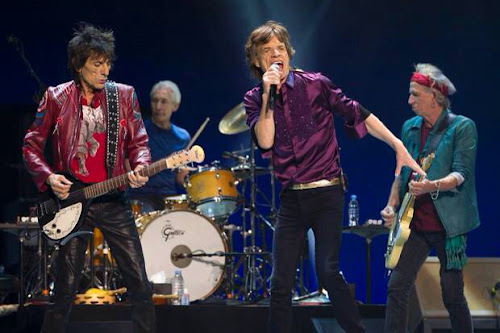 4. Conversely, Keith Richards is one of the most laid-back performers I've ever seen, relaxed and just enjoying himself.

5. Every one of his misadventures is etched onto his face, and then he smiles. Keith Richards' smile is utterly transformative, lighting up the whole stage, and I found myself tearing my eyes away from Mick's moves to watch for another smile.

6. I may have a crush on Keith Richards.

7. Watching Keith and Ronnie Wood play with and off each other, clearly enjoying it still after all these years, was kind of warm and fuzzy. 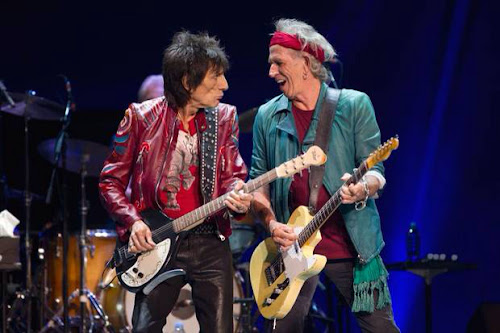 8. Each member of the band is incredibly thin.

10. Being a Rolling Stone must therefore be an excellent means of weight control.

11. Charlie Watts seems very uncomfortable in the spotlight, front and centre, but does an amazing job of driving the band through the show when comfortably ensconced in his drum kit.

13. There were no gimmicks needed - they're THE STONES - so I'm not sure why Carrie Underwood was there, as I don't feel her presence added anything.

14. Two hours of standing and singing along with a steady stream of excellent, well-loved songs has left me with aching legs and a raw throat. I can only imagine the utter exhaustion of all of them, but particularly Mick Jagger, today. 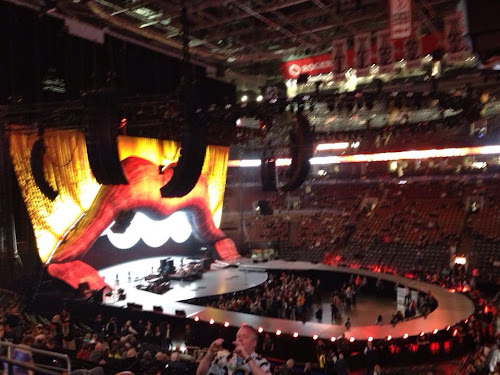 Conclusions? Totally, totally worth the hype, the expense, the struggle through many thousands of other fans who were also there to glean a peek at history. The show had a sense of finality, and I suspect that the end of this tour may well be the end of their tours altogether. But now I, and my sons, can say we were there... we saw the Stones - the Rolling Stones! - we had great seats, we danced, we sang along, we had fun, and I got my first official tour T-shirt... What more could you ask for?

Posted with Blogsy
Posted by deirdre at 4:05 PM 3 comments: